The Capricorn is one of the oldest constellations. It is often depicted as a combination of a goat and a fish due to its ancient name in the Babylonian culture. Such crossbreeds between sea and land animals played a significant role in the ancient mythology.

About 2500 years ago, the sun reached its southernmost position while passing through Capricornus (winter solstice, or midwinter). The geographic latitude where the sun is then in zenith at noon is therefore also called Tropic of Capricorn.
This constellation belongs to the zodiac. Its time of the year is between December 22 and January 20. This constellation does not belong to the zodiac. It's brightest star is Algedi (δ Capricorni).
Neighboring constellations are Sagittarius, Microscopium, Pisces Austrinus, Aquarius, and Aquila. Have a look at our full list of all constellations.
Return to selected star. 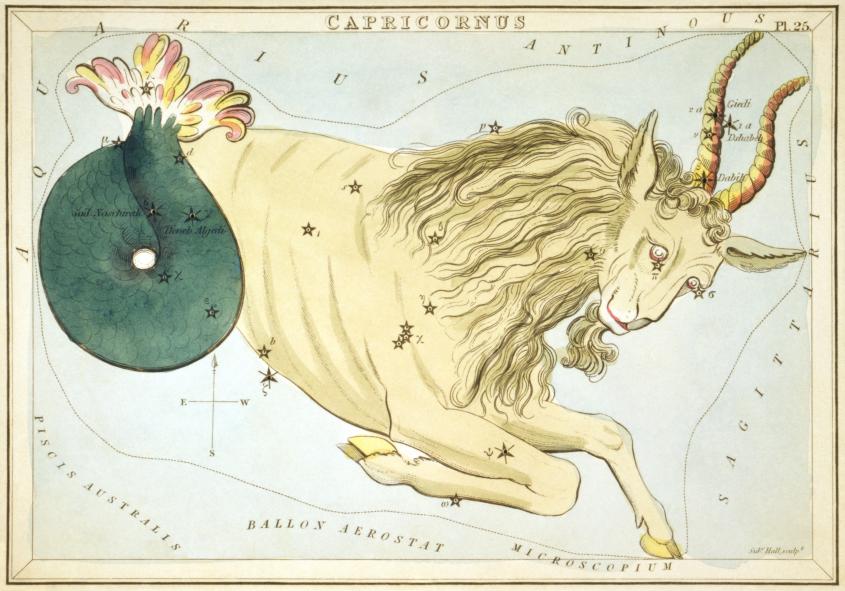 Historic illustration of the Capricorn in Urania's Mirror.

A few stars named in Capricorn

A few free stars in Capricorn