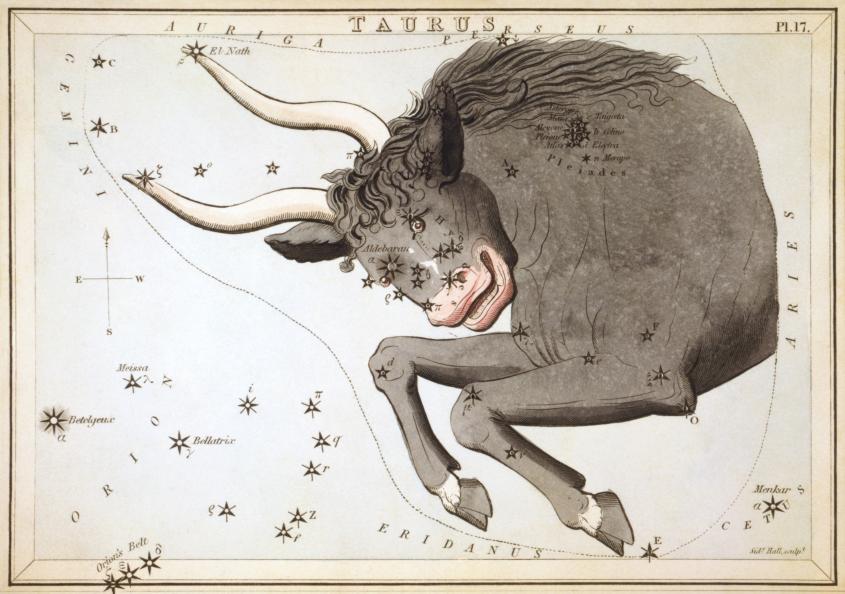 Historic depiction of the Bull.

A selection of interesting objects visible with a telescope.
M45 (NGC 1432, Pleiades)
an open star cluster in the constellation Bull
Image credit: STScI and NASA
License: