It is also a variable star with a pulsation period of around 376 days. The star is shedding its outer atmosphere. It is surrounded by a thin shell of dust and gas that was created during the most recent thermal pulse some 2000 years ago.

The magnitude (brightness) is measured on a logarithmic scale. Small numbers mean bright stars: A star with a brightness of 1 mag is 100 times brighter that an star with 6 mag.
Magnitude
6.9 mag
The distance is measured in light years (LY). A light year is the distance, that light travels within one year. 1 LJ is equal to about 5,878,630,000,000 miles.
Distance
1,5461,546 ly

If you own the NFT you can write a dedication for this object, download a certificate.
The original buyer of the NFT will ralso eceive a framed print (16x12 in or 10x8 in).
Artist impression of R Sculptoris, showing its ruby red appearance. 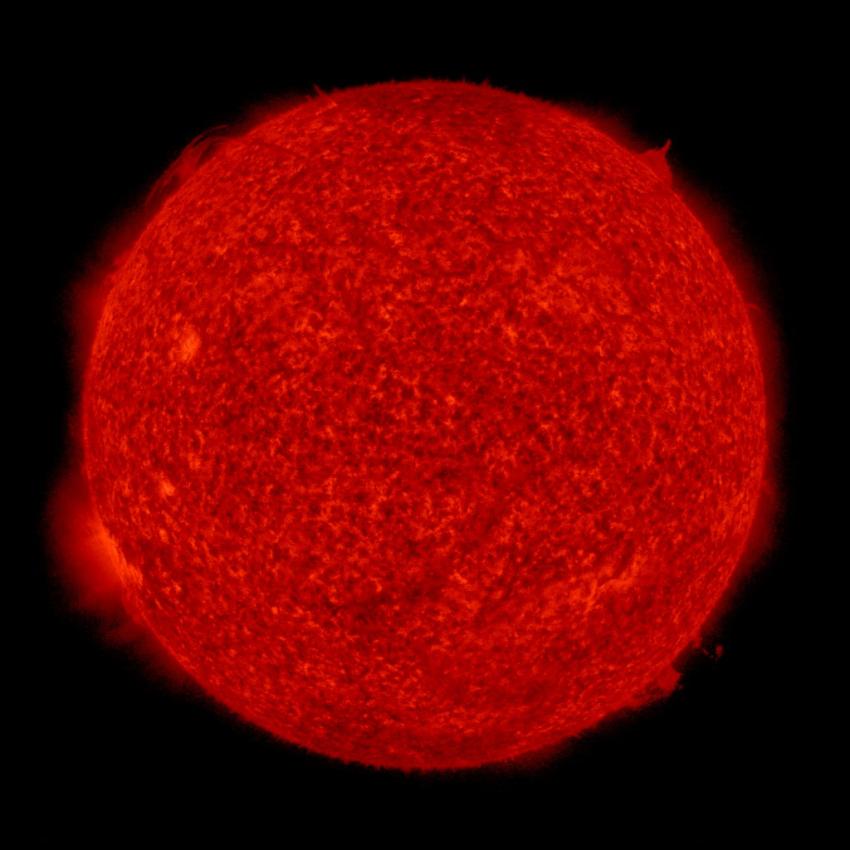 Image credit: NASA, ESA, and The Hubble Heritage Team (STScI/AURA).
License: Public Domain
Disclaimer
While we take great care in compiling the data of all astronomical objects in our database, errors can never be ruled out completely. Therefore, no warranty is taken over for the correctness of the data, the descriptions, or the associated images. Staracle cannot be held liable for any damage, direct or indirect, that may result from incorrect data.
Click on a circled star ...
Use the scroll wheel of your mouse ...